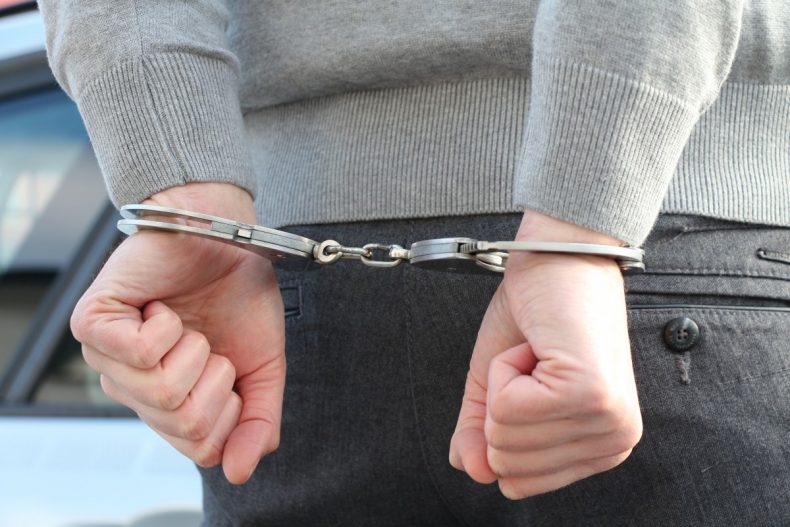 Do you know your rights before the police ask?

In recent years, the number of English-speaking people has gradually increased, and the number of criminal cases involving Chinese has also increased. Lawyer Liu believes that many times, Chinese people do not necessarily deliberately commit crimes. Many of them have received certain education in China. Due to the different legal systems, these Chinese people simply do not know the consequences are such serious, or do not understand British laws. Many times, there may be no intention to thunder.

Whether it is intentional or not, if you really violate the law, what should you do?

Foreigners have violated the law in the UK and will treat the British equally. Failure to understand British law or not knowing the language of this country is not a reason for defense. You are now in the UK, you must respect the laws of the United Kingdom, and the offenders will be subject to the same punishment as the natives. Therefore, instead of being more serious in the UK against Chinese and other country criminals, you may be revoked of your residency in the UK and sent back to the country once you are convicted!

Lawyer Liu suggested that at least one lawyer’s phone should be recorded at the hands of the British and Chinese people. No matter what the circumstances – once you are caught by the police, you must first have a sense of direction. this point is very important. Next we will introduce the reader to the right to be detained by the police!

How long can the police shut you if you are detained?

If the police suspect you are guilty, they have the right to ask you and detain you. If you find that the crime is true, you will be sentenced to jail. The situation of imprisonment will depend on the seriousness of the offence. However, if you are only detained by the police, the law stipulates that detainees may not be detained for more than 24 hours. If there is no other suspicion, the detention should be lifted early and acquitted.

What will you face in detention?

First, the police should inform you of the reasons for your detention. They must explain the general nature of the crime. Remember, in addition to providing your name, address, date of birth, place of birth and nationality, you have the right to remain silent. If you have been detained, the police must provide you with written or oral information about what rights you have during your detention, such as the right to a lawyer. You are entitled to protection under human rights law when you are interviewed by the police during your detention. Also, you have the right to request and obtain any documents related to you. The police are not entitled to a second detention or arrest on the same grounds or charges.

The initial detention period was 12 hours. In the first 12 hours, the detained officer may authorize an extension of 24 hours without the permission of the court. Remember: You have the right to get immediate help from a lawyer!

The right to seek help from a lawyer

If you want to call anyone during your detention, you must contact the police on your behalf. You are not authorized to contact in person. If there is no reasonable reason, the police may not deliberately delay the time, otherwise it may cause the destruction of evidence and other consequences. Although there is no fixed time limit, any delay should not exceed the need to investigate or prevent crime or arrest criminals. Vulnerable groups and adolescents under the age of 16 will be protected by special laws.

What should you do if you are unfortunately arrested?

Arrest is the first step in interrogating a crime and means that you are likely to be detained first. As with detention, you are also entitled to many rights after being arrested. All you need to know is what these rights are and how to use them. When you are at the police station, the police need to explain and describe the legal rights you can exercise during your arrest in your native language or in a language you can understand. So if your English is limited, the police must arrange an interpreter for you.

Under what circumstances can the police arrest you?

The police also have the right to arrest suspects without a warrant in the following circumstances:

The Drug Abuse Act of 1971 and the Anti-Terrorism Act of 2000 provide that the police may arrest suspects without authorization.

What should you pay attention to during the arrest?

Under what circumstances will the police prosecute you?

The police can accuse you if they have enough evidence to prove your criminal facts. The allegation should include the crime committed by the offender, the time of the crime and the location. If your crime is not serious and the police have no reason to suspect that you are a person who has repeatedly violated the law, then you may be prosecuted but will not be detained again. Later, you may receive a subpoena from the prosecutor department asking you to appear in court, and some crimes may be pleaded guilty by letter. As for some serious cases, the police may detain you in the cell of the police station when you arrest and accuse you.

What should you pay attention to when facing accusations?

In Chinese TV dramas, we often see the words “confessing lenient, resisting strictness” in the police station. However, in the UK, unless there is solid evidence, the police have no right to convict you. Once arrested or arrested, in the absence of a lawyer, in addition to answering some basic information, please remember that “silence is gold”! Because once the police charge you, they will tell you that you have the right to remain silent, but everything you say will be used as evidence.

What rights can you exercise after being arrested?

Detained after being arrested, the police must escort you to the District Court on the second day after the arrest (except on weekends and public holidays), and they should inform you in writing or verbally about your rights during detention, such as seeking a lawyer Help and so on.

During the arrest and detention, you have the right to apply for translation from the police station!

Fingerprinting and other body samples

If you are arrested, the police have the right to collect your fingerprints, palm prints and other body samples according to the procedure and to record your front and side photos. Samples generally include:

The police have the right to take your blood samples and conduct DNA tests. Of course, in some special cases, the police can take enforcement measures to obtain a body sample. If you are found guilty, your body sample and photo record will be kept in the police file along with your criminal record. These samples or photo records can be kept for up to 2 years (in some cases of violence and sexual assault), and you can apply for other options, such as fines or work orders, in court. Innocent, in most cases, these samples and photo records will be destroyed. In some cases of violence and sexual assault, even if you are acquitted or the case is revoked, the police have the right to retain your DNA information for up to 3 years. The police can also apply for an extension to allow them to retain DNA information for a period of time, extending for two years.

If the police have authorization, they will have the right to conduct a clothes search on you, but not in the body. Close-up searches must be authorized by senior police officers. In body searches require special authorization and must be performed by a qualified medical professional.

What are your rights in the identification of suspects?

If you are arrested, the police have the right to ask you to enter the suspect queue to wait for the victim or witness to identify. However, for identification, there are some safeguards for participants. For example, you have the right to ask your lawyer to be present, and the rest of the line should be roughly similar to your gender, age, height, clothing, and appearance.

What will the police do after the arrest of a minor?

Warm reminder: illegal crimes may have adverse effects on life. If you have a “behaving bold” minor, you should consider it for his future considerations.

What is the right to arrest citizens?

This power requires citizens to perform crimes when criminals commit crimes more serious than ordinary crimes of chaos or have conclusive evidence to prove that criminals commit crimes, such as witnessing a criminal committing a crime or acting as a victim to exercise the right of citizen arrest to prevent criminals from continuing to commit crimes. Otherwise, the citizen will It is considered unreasonable to use the right to arrest citizens. If the perpetrator resists during the arrest, the citizen has the right to use force to arrest him and hand it over to the police as soon as possible. There is also a certain risk in the enforcement of citizens’ arrest rights. If the police arrests someone with the rights of citizens but arrests them wrongly, or accidentally arrests others, it will cause lawsuits against the arrested.

Lawyers to advise you

When facing the police, you must first calm down and remain calm. The parties must first listen carefully to the police and say why they should catch you and understand what evidence they have in their hands. Second, tell the police that you are looking for your own lawyer. This must be clearly expressed. Because the police department is busy every day, the process of handling each case is the same, and you won’t say a few more words because you are involved in a serious case. Usually, you will only be assigned a duty lawyer for the day, so you must insist on finding your own lawyer.

Chinese people are not easy to stand in the UK. If they are criminally accused, they do not know how to protect themselves. Dr. Liu’s lawyer reminded the majority of Chinese: In the UK, there are a lot of entrepreneurial mines. Don’t panic and shrink when you are in trouble. As long as you seek professional legal advice in time, everything can be solved satisfactorily. Dr. Liu’s lawyers have a wealth of criminal defenses, visa immigration, civil litigation, student status issues, claims and traffic defense experience, and escort the Chinese people’s peace of mind in the UK.

Dr Liu is one of the top Chinese solicitors in the UK. He is authorised to represent client in sheriff courts and justice of peace courts throughout Scotland, immigration tribunals throughout the UK. Dr. Liu is specialised in Immigration law and criminal law, having years of abundant experience serving the Chinese community in the UK and beyond.